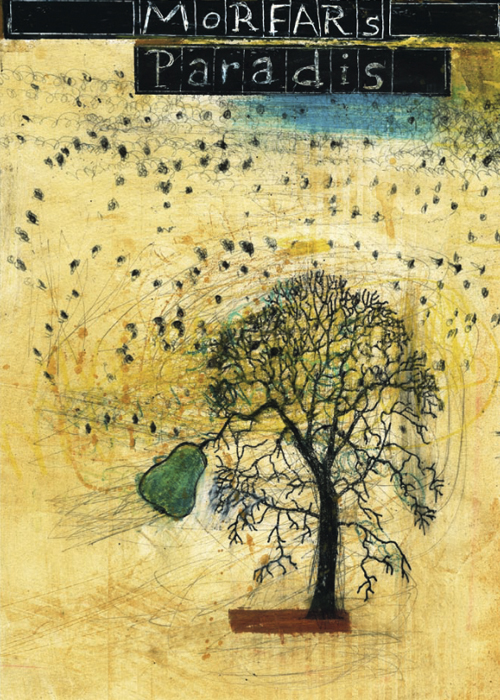 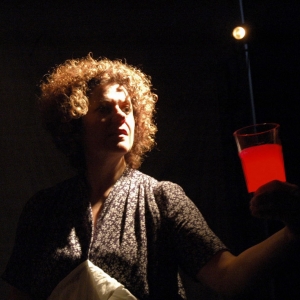 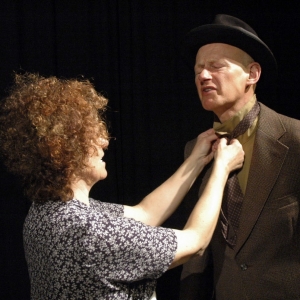 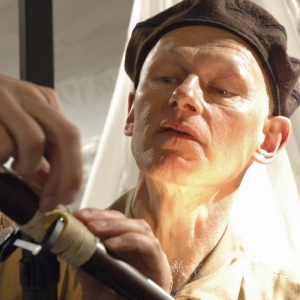 My grandmother believed in God.
I know that for certain, ´cause my grandfather said so.
And I believe in my grandfather.
My grandfather he believed in all sorts of things: Odin, my grandmother, me and my cousin, Yggdrasil and himself.
I think that you can have more people inside. So you are not just you alone. And even though I am a bit skinny, there can be more people inside me.
And not all of them take up the same room. My grandfather does – takes up much room, even though he was as skinny as me…
This is how the story begins about the day the pear-branch broke.
A story about a child’s fear of punishment, and an adult’s struggle to forgive.

Quirky and philosophical lines, an ingenious interaction with the audience, attentive acting, evocative harp playing, and a merry tree-climbing life, which suddenly hangs by a trust-broken thread, but is happily restored and turned into a new beginning. teater2tusind´s ”Granddad’s Paradise” has it all.
Merry play and deep seriousness.
In the course of less than an hour the performance invites it´s audience (5-8 year olds and adults) into a story, which copes with belief, sense of guilt and forgiveness.
Like children imagining, the performance is challenging disconnected and associating in its form. Peter Seligmann starts off with an important story about having more people than one inside you. You can´t see it on the outside. They can take up more or less room, and they can move about in your body. With the line “my granddad lives in me, and he takes up a lot of room”, he opens up the possibility of playing granddad as well as grandchild. And then he invites a child up on the stage, who for a while acts as the grandchild of the story’s grandfather – the man who loves the walnut tree onto which he has succeeded in grafting a pear branch.
With Granddad’s Paradise teater2tusind has once again shown itself as a theatre, which understands the art of letting the imagination run free through music, physique and narrative shrewdness.

When he laughs, you can see on his stomach that granddad is inside!
There is room enough although he is skinny. The man on the floor demonstrates, how a person you love can move around and make himself known in all of your body. Rasmus, a sweet kid, agrees from the start to act as a helper in order to get the memories of “Granddad’s Paradise” on the stage.
This works brilliantly. The last details in the highly stacked, quite abstract set design are brought into place.
On top towers the beautiful classical harp, which in the capable hands of Anette Gøl delivers rapid, impressive music for the play. The pursuits of everyday life as it looked in the 1950´s are brought into place with Peter Seligmann and Anette Gøl as splendid grandparents.
This supplies a fine ground for the humorous performance, which on the surface is simple and easy to understand.
But in reality it offers up questions of belief, guilt and forgiveness, which teater2tusind has woven together into an entertaining whole. Today the man named Rasmus (the name follows the volunteer helper) is an adult and he remembers the safe interaction between granddad and grandchild. But especially the time, when their deep sense of trust became vulnerable …